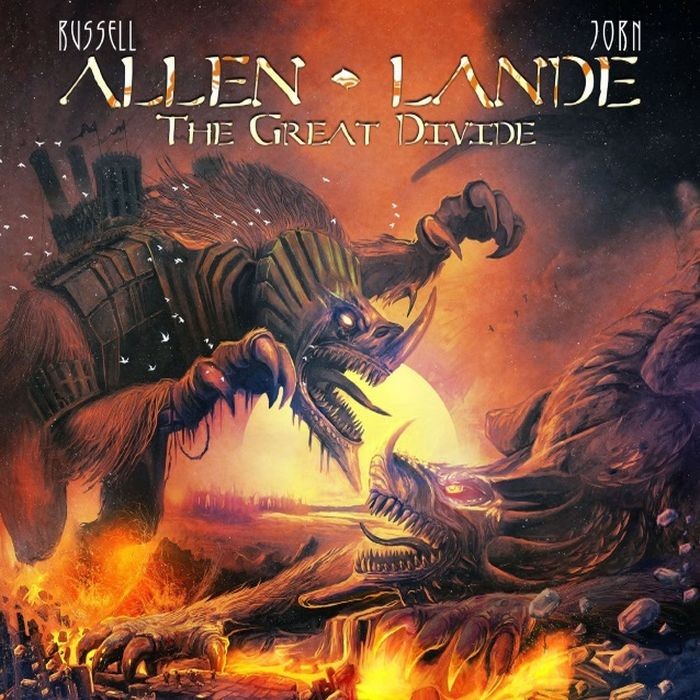 Allen/Lande – Down From The Mountain official lyric video.

Returning for the fourth time together, and continuing in thier grand tradition, are the powerhouse duo of Russell Allen (Symphony X) and Jorn Lande (ex –Masterplan), two of the most powerful and most recognizable voices in the melodic metal scene today.

Two things are instantly clear on this new outing. 1: gone is Magnus Karlsson, the man behind the writing and guitars of the first three Allen/Lande projects. In his place this go around is Finnish guitarist Timo Tolkki (ex-Stratovarius, Timo Tolkki’s Avalon). And 2: aside from four tracks, gone are the duets between Russell and Jorn. Giving us only the four duet tracks, the rest are solos by the singers with three songs each.

These points however do not make it a bad album. Sure, there are some noticeable differences about the way Karlsson and Tolkki write and play, and many people have disowned this album due to the change, but personally, while it may not be quite as strong as the other records, I don’t find it any of a lesser album then their last three collaborations with Karlsson at the helm and there are certainly some great songs here to be had.

The fantastic album opener ‘Come And Dream With Me’ is a duet with the two singers and is a great rocker. The second duet, and second track on the album, ‘Down From The Mountain’, is a thundering rocker with a killer chorus and is one of my favorite tracks they have ever done together. If you are on the fence about this record just check out those two tracks. If you can’t rock out to them then this is not the album for you.

I would definitely recommend this album to fans of both Allen and Lande’s work and of their previous collaborations. Fans of Tolkki’s writing and playing will also enjoy this. And for fans of some solid melodic rock bordering on metal at times, pick it up and give it a listen. I am certain you will find something to your liking here.