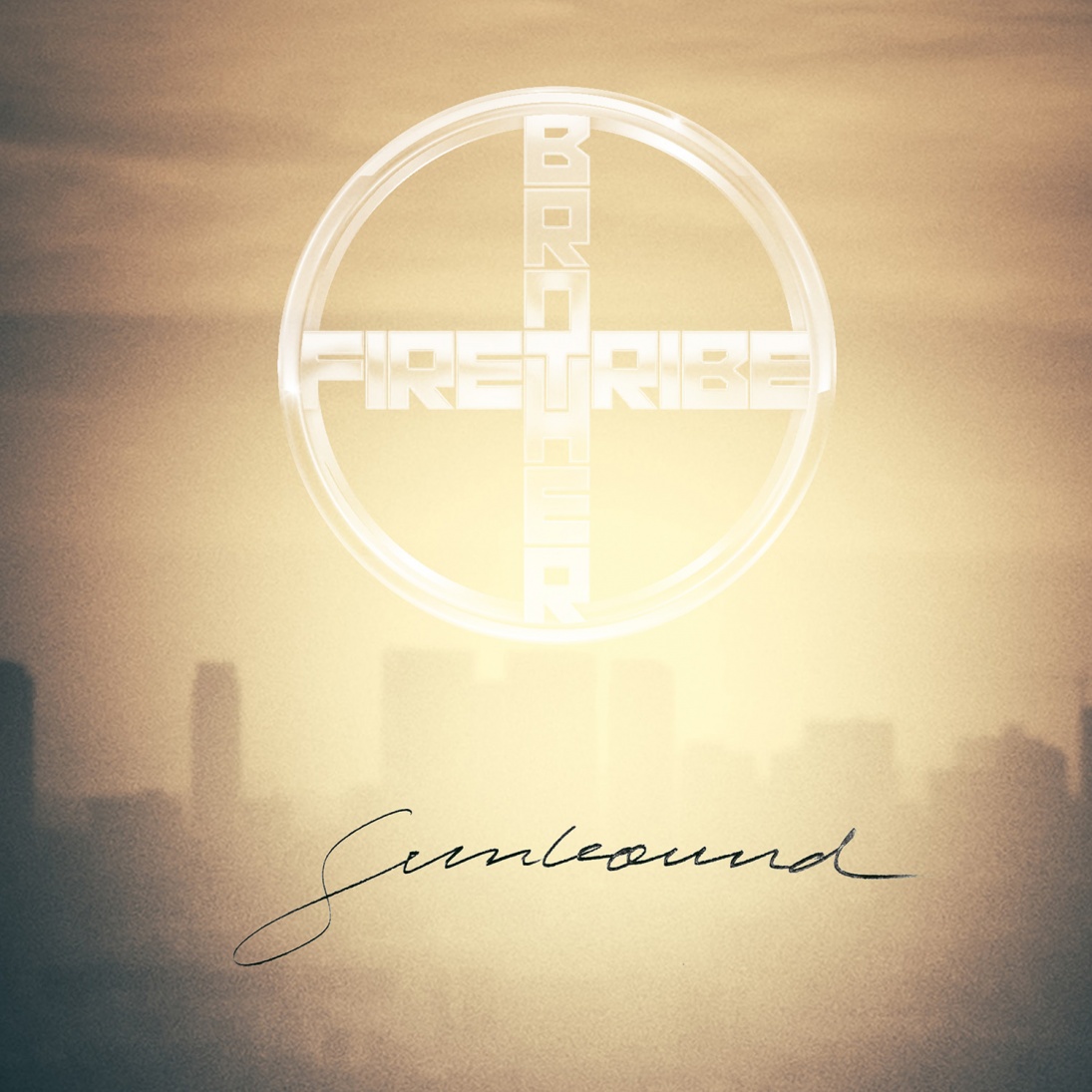 The band broke onto the scene in 2006 with their terrific debut album ‘False Metal‘, which was later re-released as ‘Break Out‘ with one extra track. Vocalist Pekka Heino’s other band, Leverage, also released their debut, ‘Tides‘, the same year, and that double release shot both Heino and Brother Firetribe to stardom. The inclusion of  guitarist Emppu Vuorinen, best known for being the guitarist and a founding member of the symphonic goth power metal band  Nightwish, in the band also ran great lengths into seeing the band reach success early on.

The band is rounded out by the great talents of keyboardist Tomppa Nikulainen, who was previously in a pre-fame band with Pekka called Cashmir, bassist Jason Finck, who was an old chum of Heino’s, and lastly drummer Hannes Pirilä. This is Pirila’s first record with the band. Kalle Toriainen was featured on the 2014 album ‘Diamond In The Firepit‘ but left the band soon after the album released and Pirilä joined up that same year.

With the release of their sophmore effort, and what is largely hailed as their best work, ‘Heart Full Of Fire‘, in 2008 (which oddly enough also coincided with Leverage’s second album, ‘Blind Fire‘), the band had turned things up a few notches musically and in doing so they successfully turned themselves into a major force within melodic rock with their high energy songs that captured the essence of the 1980’s music scene in grand fashion.

2014 saw the release of ‘Diamond In The Firepit‘, another fantastic record from the band that saw them continuing on in the same vein as their first two records and now in 2017 we are presented with the excellent ‘Sunbound‘, an album that brings these Finnish rockers back in a great way and greets the listener with upbeat, optimistic, keyboard heavy melodic rock that could easily have come straight out of the 80’s.

The opening track, ‘Sunbound‘, is an instrumental one that sounds as if it could have been part of a theme song for an 80’s sports movie, especially the first minute of the track.

‘Help Is On The Way‘ really gets things started for us with a terrific upbeat track and it moves into ‘Indelible Heroes‘, the second track that released early from the album. This song is a rocking tribute to the heroes of music that we lost in 2016 like Lemmy Kilmister, Prince and Glenn Frey. An excellent song.

‘Taste Of A Champion (Remastered)‘ is a track that was used in Finland for an advertisement and this album version has been remastered from the original version used in the campaign. This is the first track released from the record all the way back in 2016, and it still remains my favorite from the album. A fantastic rocker that is classic Brother Firetribe in sound and captures everything that we love about this band.

‘Last Forever‘ continues on with another excellent upbeat track that is one of my favorites of the record and it leads us into ‘Give Me Tonight‘, another great rocker.

‘Shock‘ slows things way down for us with a mid-tempo number while ‘Strangled‘ picks the pace up just a bit for an upbeat track with an excellent chorus.

‘Heart Of The Matter‘ and ‘Restless Heart‘ are both upbeat tracks with the latter being another of my favorites, another fantastic chorus here and a great cover of this John Parr classic.

‘Big City Dream‘ is an outstanding track. Easily the best and catchiest track of the second half of the album, this one goes right up there with my favorite Brother Firetribe songs and is my second favorite from this album, just a great tune.

‘Phantasmagoria‘ is the last track of the album and this is where the record loses me. This rocker just does nothing for me personally and it brings down, albeit only slightly, what could have been a near perfect record for me.

If you get the Japanese import version of the album then you are treated to two bonus tracks, ‘Don’t Cry For Yesterday‘ and an acoustic version of ‘For Better Or For Worse‘. The latter is a great track but not a necessity but the first bonus track is an outstanding rocker that any big fan of the band will want to have in their possession.

While I personally don’t feel this one quite reaches the same strength as the unsurpassable 2008 ‘Heart Full Of Fire‘, it is still one fantastic record of throwback music that will transport you right back to the 1980’s with it’s onslaught of catchy as hell melodies, loud guitars, lots of keys and the always impeccable vocals from Heino.

This one is on par strength wise with 2014’s ‘Diamond In The Firepit‘ in my opinion, which is by no means a negative as that was a sensational album as well, and the band continues their streak of strong, solid and impressive albums proving once again that they know how to deliver just what fans of this genre crave.

All said and done, this is another stellar record from a talented band that never fails to deliver and any fan of the band and genre should be more than satisfied with this album.

‘Taste Of A Champion’.