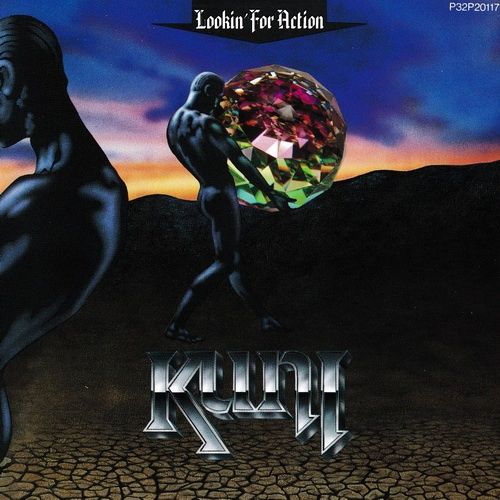 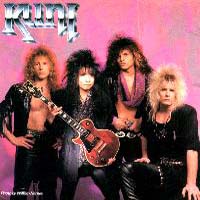 I love to post reviews, or songs, or really anything, to remind, introduce or re-introduce folks to albums that may have slipped them by or been forgotten about over the years. It has been a while since I have done that and as I just had this album playing in the background as I puttered around the house I thought why not sit down and type out a quick review of it for people to read.

I am a big fan of Jeff Scott Soto. I love his voice and I dare say that anyone that likes melodic rock likes, at the very least, at least one thing that the guy has done over the years. He is one of the most well-known and I would say likely one of the most sought after vocalists of the genre.

The man just has one hell of a great voice that has held up amazingly well over the years and while I love his work with bands like W.E.T. and Talisman that he is really known for, to me some of his best work has been done on the lesser known albums he has put his voice behind. Albums from the likes of Eyes, Takara and Human Clay feature the man at his very best, and what a beast he was…correction, IS, vocally, because he still has it to this day as you are well aware of if you have heard the latest from W.E.T., S.O.T.O. or Sons Of Apollo. The guy can just flat-out sing!

Well one such album is ‘Lookin’ For Action’ by Japanese guitar virtuoso Kuni that featured Jeff, bassist Doug Baker (Vice) and drummer Bobby Rock (Lita Ford, Nitro, Alcatrazz, Gary Hoey, Nelson) with production handled by Slaughter’s Dana Strum. Not a bad line-up at all if you ask me. Lots of talent included there to be sure.

You may not be familiar with the name Kuni, but this guitarist has released several albums over the years, each featuring an impressive group of guests the like of Mark Boals, Billy Sheehan, John Corabi, Paul Stanley and a bunch of other well-known names you would recognize instantly, but for me this is his best and most consistent piece of work by far.

‘Strangers In The Night’ starts us off with a great, driving rocker that sees Soto reaching for the stars with some notes that we haven’t heard from him in some time now and it goes into ‘Shine On’. This is a good song but I don’t care much for the “live crowd” track that has been placed in it.

‘Acoustic Piece’ is an instrumental piece and gives Kuni the chance to show off some of his impressive skills before we are sent into one of my favorites with ‘Memories Of You’ which features one of the best performances of the record by Jeff. A great, rocking track with a nice guitar solo.

The title track is a hard rocking number and leads into a moderately paced rocker in ‘Don’t Look Back’.

‘Say Goodbye’ starts out as a mid-tempo song and you almost feel like you may be in for a ballad before it cranks up into a full-fledged rocker and another awesome vocal delivery from Soto.

‘All Night Long’ and ‘Reckless’ are both fast paced, hard rockers that leads into another of my favorites with ‘Eyes Of A Stranger’, a great upbeat track with, you guessed it, yet another amazing vocal from Jeff. The man can truly sing like it’s nobody’s business.

‘Little Rebel’ is another standout for me with a terrific rock track with a great solo from Kuni and it takes us the end of the original album with the upbeat ‘Someday’.

The album was re-released in Japan in 2010 and that version features two live tracks that are tacked on to the end of the album, ‘All Night Long’ and ‘Reckless’.

While this may not be my favorite of Soto’s album, it is a very good record and a fairly unknown one, which is why I chose to throw this short review out there. All of the guys here do a great job, which given the names associated with the album, should come as no surprise whatsoever.

I love records like this. Sure, the production may show it’s age a bit these days and it may not win any awards for originality, but it is a hell of a fun listen and it is a great record to have for any fan of guitar virtuosos, Soto or the late 80’s, early 90’s rock scene.

‘Strangers In The Night’.

‘Eyes Of A Stranger’.