This one is LONG overdue on my part and for that I profusely apologize to the band and their manager to whom I had promised long ago to have this posted. This past year has been interesting to say the least and a very difficult year on many fronts for my family and I and I have dropped the ball on getting things posted on the site and this is among a few that I ashamedly am just getting posted.

This one was a bit different for me when writing. The band asked if I would write something to encompass their whole catalogue rather than just reviewing one album. I agreed and then proceeded to try and come up with just how to write such a thing for the first time.

Wicked Youth was started in 1991 in New York but after only a few years into the 90’s the band broke up, but band founder Todd Verni, who is also the lead vocalist and guitarist, kept the dream of the band close to his heart and in 2005 he emerged with a string of new songs and started a new band.

That band was called Nightbreak.

Now, with a discography consisting of two albums of original material and one album of covers to some of the well-known hits, these US based rockers have released their fourth album, ‘King Of The Rumble’.

Nightbreak’s self-titled first album hit the scene in 2007. The record contains such hard hitting numbers as ‘Burnin’ Me Up’ and the rocking ‘Ready For You’. An album full of songs that give a not-so-subtle nod to the hair bands of days past while possessing just enough modernization to not be deemed outdated. This is, in my opinion, the strongest original record from the band that I have heard as it is the most classic sounding of the lot through and through.

But that does not mean that there aren’t some nuggets to be found on the rest.

2013 rolled around and with it came the band’s second album, this time however they opted for an album of covers aptly titled ‘Under Cover’. The thing I like about this one is that the band, for the most part, did not choose the same old songs that you hear everywhere. You have expected tracks such as ‘Nothing But A Good Time’ and ‘Livin’ On A Prayer’ but then you also have other cuts that are more unexpected such as Def Leppard’s ‘You Got Me Runnin’’, AC/DC’s ‘Rising Power’ and Eddie And The Cruisers’ ‘On The Dark Side’.

In 2016 they released their second album of original material entitled ‘Wicked Angel’, this album saw them widening their sound some. While some songs, such as the album opener ‘Dangerous’, still hold onto the hair metal sound of their first album while other songs like ‘Long Way Down’ are more modern in sound and even introduce some rough, growling vocals and other songs like ‘Face In The Dirt’ are back to the classic metal stylings while also putting in a heap of modern rock. This album closes with a much rocked up cover of Michael Jackson’s ‘Beat It’.

The band’s fourth album, ‘King Of The Rumble’, has just released. As I have only heard one song thus far (‘Cheap Wine’ which you can hear by clicking on the appropriate link near the top of the page) then I am not able to say much on this album, but if that single is any indication then it looks to follow nicely on the heels of ‘Wicked Angel’ and be a continuation of that sound.

I won’t sit here and say the band is perfect, there are some issues here and there for me and I personally think they shine brightest in their old school, hair metal sound that is so prominent on their debut. I do not care for the growling thrown in on ‘Long Way Down’, but as a whole this is a band that is working hard to keep the classic metal sound alive and well which is always something that I feel we who love this genre need to support and I applaud them, and every other band that are out there keeping this music going for us fans that are left!

If you like the days when hair metal was being released and you could still turn on the radio and hear real and true rock n’ roll, then check these guys out. 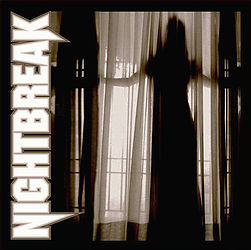 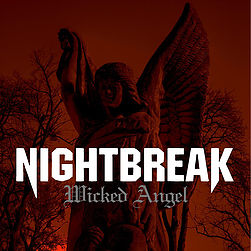